Hundreds of leading trade union activists from all over Britain – and beyond – came together in London last Saturday to kick-start the fight-back against the mass poverty plan being implemented by the Tory government.

The event was the 9th annual conference of the National Shop Stewards Network (NSSN). A number of national general secretaries and national officers from the most combative trade unions – representing hundreds of thousands of workers – addressed the event.

They highlighted the savage cut-backs and austerity policies being brought in by prime minister David Cameron and chancellor George Osborne. These will hit working-class communities up and down the country, as council services are run down and underfunded, health and education continues to be farmed out to the private sector, and benefits for the most vulnerable are cut back or stopped altogether.

A point that Tamil Solidarity has made many times is that this austerity programme is having a massive detrimental effect on Tamil communities. This is because most Tamils in the UK live in the working-class areas of the large towns and cities – a key target for the Tories who back the interests of the rich and powerful. This was stressed by Isai Priya, Tamil Solidarity trade union organiser, when she spoke from the platform in the final session of the conference. 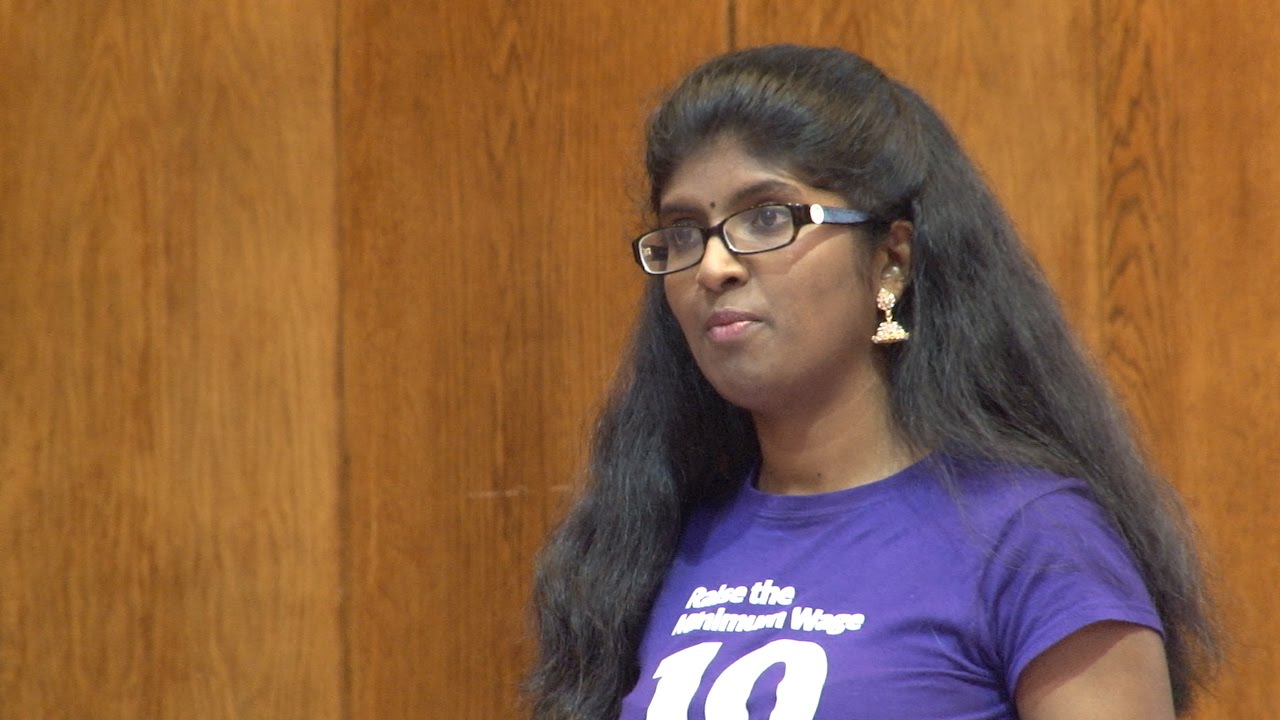 Central to the government’s plan are further attacks on trade union organisation, aimed at stopping the unions from taking action to defend their members and working-class communities. This is, in fact, a major assault on basic democratic and workers’ rights. The weak Tory government – elected by only 24% of the electorate – recognises that the trade union movement, which organises 6.5 million workers in Britain, is the one force which has the potential to stop it in its tracks.

The NSSN, as an active, campaigning network, resolved to fight against the Tories’ proposed anti-union legislation, and to continue the fight-back against cuts and austerity. One of the highlights of the event was a speech from Harris Sideris, a sacked Vodafone worker from Greece. He described how he has helped organise a fight-back against that company. He also explained why he was confident there would be a resounding No vote – against savage austerity in Greece – in the referendum on Sunday. (And, he was absolutely right!) The conference expressed its complete solidarity with all those combating the austerity in Greece, which is being driven by the European Union and International Monetary Fund. Tamil Solidarity’s links with the trade union movement were reinforced at this inspiring conference: meeting and talking to delegates, participating in the debates and workshops. This link enables us to raise awareness in this movement of millions to the situation facing Tamils in Sri Lanka. It also opens the door to Tamils living in Britain to get involved in the crucial campaigns to defend and improve our public services, living standards and democratic rights here, too.